Sentinel staff report–
The executive director of the largest business district in Citrus Heights is warning of potentially “catastrophic” impacts if an upcoming vote goes the wrong way.

The Sunrise MarketPlace is made up of 400-plus businesses in the Sunrise-Greenback commercial corridor and was formed as a Property and Business Improvement District (PBID) in 1999. The district plays a supportive and marketing role for businesses, along with hosting events and most recently hiring a dedicated patrol officer to increase security in the district. 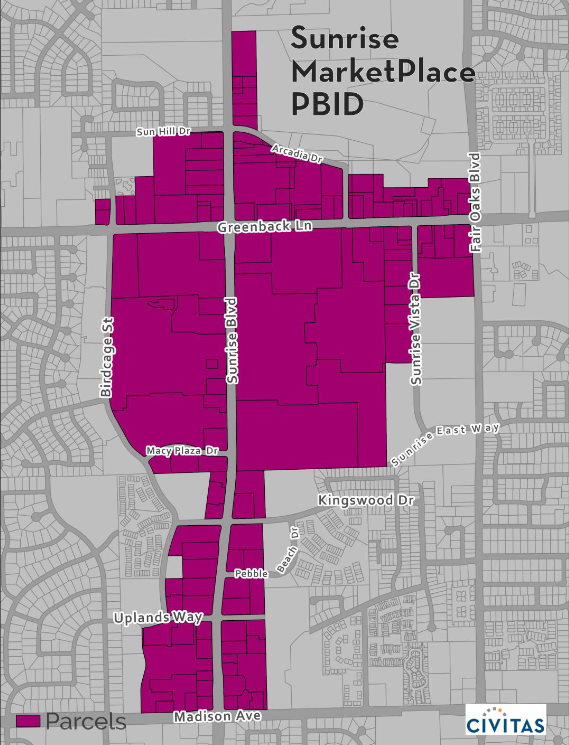 Funding for the district comes from a property tax assessment paid by each of the roughly 80 property owners in the district, rather than being paid directly by business owners or coming from the city’s General Fund. Similar to a homeowners association, each property owner helps fund the PBID and likewise has a say in how that money will be spent to benefit their specific area.

The arrangement has made PBIDs increasingly popular among cities as a way to enhance commercial areas while not raising taxes on residents. However, property owners can be harder to convince, as it means increased taxes on their properties, which can also be passed down in the form of increased rent for the businesses occupying the properties.

In order for the tax to be levied, a majority of property owners in the district have to vote in favor of paying the assessment, with renewal votes historically coming up every five to seven years. Property owners are being asked to renew again this year for a three-year term, otherwise the Sunrise MarketPlace PBID will expire on Dec. 31, 2021.

This excerpt was taken with permission from the Citrus Heights Sentinel – March 11, 2021