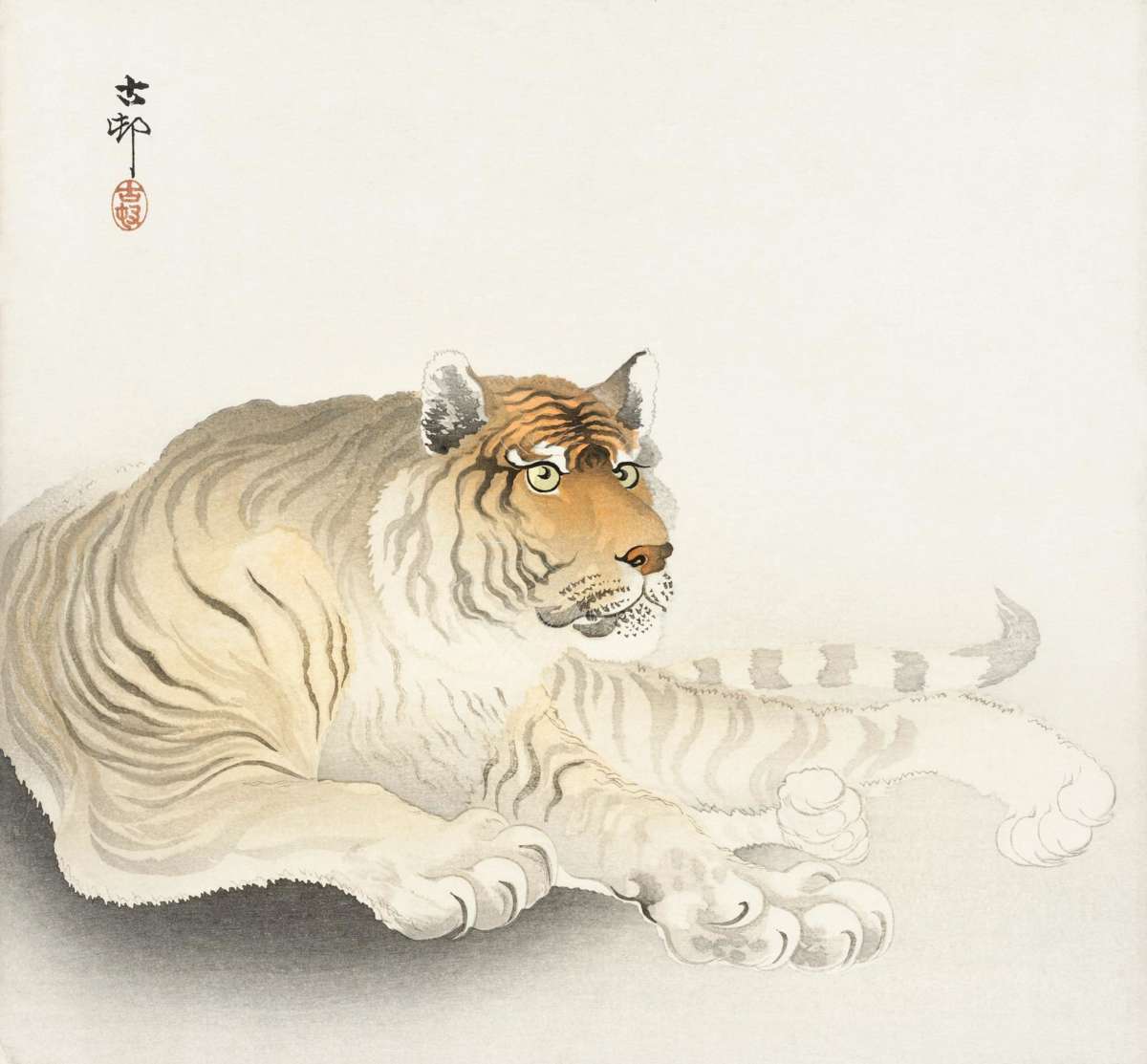 Koson (aka Shoson or Hoson) was born in Kanazawa with the given name Matao Ohara. He began his artistic career studying painting under the Shijo-style master Kason. Around the turn of the century, Koson became a teacher at the Tokyo School of Fine Arts, where he met Ernest Fenollosa, an American collector, scholar and admirer of Japanese art and culture. Around 1905, Koson started to practice Japanese block printing. Fenollosa, the curator of Japanese Art at the Museum of Fine Arts, Boston, and an adviser to the National Museum of Modern Art in Tokyo, persuaded Koson to export woodblock prints to American art collectors. Between 1900 and 1912 Koson designed mostly kacho-e (bird-and-flower pictures), but also a few Russo-Japanese War prints and genre landscapes.

Around 1911, Koson assumed the name “Shoson” and rededicated himself to painting, ceasing printmaking. He returned to Japanese block printing ten years later.  By 1926, he met Watanabe and produced prints for him under the name Shoson. Koson changed his name once again, this time to Hoson, when he produced designs collaboratively published by Sakai and Kawaguchi. As Koson used numerous names and seals over the years, dating Koson’s woodblock prints can be difficult. Some of his prints were published in different editions with variations in colors. Koson’s earliest and most coveted designs are notable for their narrow formats and soft colors. His reverence for the natural world is apparent in his meticulous detail and unfailing verisimilitude, yielding designs of an unmatched intimate beauty.